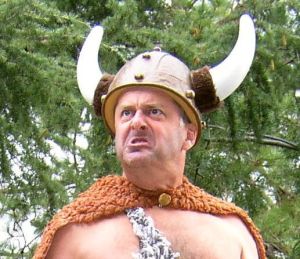 Forrest is a current production sound mixer, a former stand-up comedian, exactly half of the ancient comedy team of Proops & Brakeman, and an improvisor.  After training with the Groundlings, he co-founded the improv comedy group Los Angeles Theatresports, where he performed and served as Co-Artistic Director.  Forrest has performed at The Comedy Store and The Laugh Factory in Los Angeles, The Punch Line and Cobb’s Pub in San Francisco, and has appeared on The Tonight Show and The Sunday Comics.  He is a regular contributor to HumorOutcasts.com, and has had essays published in the Los Angeles Times, the Los Angeles Daily News, NPR, Boomer Cafe, and the Chicago Cubs Yearbook.  Sometimes he dances to embarrass his kids.

2 thoughts on “About Forrest”

My Tweets
Join 1,717 other subscribers