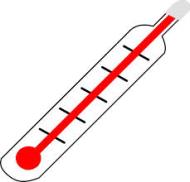 Here is something that happens every October in Southern California that I’ll bet most of the country never has to experience: a heat wave. Temps are forecasted to be in the 100’s by this weekend. Oh goodie.

Everyone else has already broken out the winter wardrobe, and rotated the liquor cabinet to bring those delightful cold weather boozes to the front, but we still-sunburned Los Angelino-ites keep the blender drinks at the ready and the swim trunks by the sliding glass doors.

I suppose it could be much worse. I could live out in in what they call the High Desert or the Lancaster area of SoCal, where the temps routinely hit about 217 degrees. That is hot enough to make the meth labs spontaneously combust, an event that happens so often that enterprising locals, in an attempt to revive their grotesquely inverted property values, have taken to putting music to the thousands of meth-plosions and promoting the show as “The High Desert’s Northern Lights.”

The fire danger signs around town have been upgraded from “Catastrophic” to “Run For Your Lives.”

World-famous Griffith Park has instituted new rules for visitors: 1) only electric cars are allowed in the park; 2) if you don’t have an electric car, what kind of Angelino are you? 3) no pot smoking allowed, not even medicinal you faker; 4) no polyester clothing because of the static electricity and well, duh; 5) above all, no one may utter any criticisms at any time because the friction from the harsh words might ignite a brush fire.

When this heat wave hits its apex at the end of this week, I expect havoc to reign in downtown L.A. Those beautiful skyscrapers have glass windows that will surely liquefy and rain molten hell onto the streets below. The same streets then melt into shimmering, undulating rivers of tar that sweep up the cell-phone talking, deal-making, facebook-twittering business people who step unaware into the goo, only to be carried away like the Pleistocene Mammoths and returned to the primordial marketing ooze from whence they came.

Where’s Ted? ‘Dunno…but I get his office. 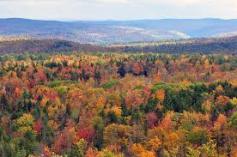 So while the rest of you are snuggling up in those pea coats that make hugging so much fun, and sipping your hot buttered rums while bracing against a stiff, cool breeze and uttering things like, “Well, that’s a brisk Nor’easter,” and “Look at those beautiful Fall colors,” know that your buddies out here in Hollywoodland are slathering on the October batch of SPF 30 and priming the fire pump to drop in the pool.

This article first appeared in HumorOutcasts.com