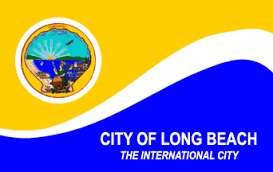 As the unofficial long-winded, self-proclaimed expert on all things lengthy in Southern California, I feel it is long past the time to address the elephant in the Basin: Long Beach.

Ahh, Long Beach.  The forgotten cradle of Western civilization.  Long has the city with Beach in its name hungered for recognition as a cultural icon of Southern California, but instead has only been fed a marginal meal of second-tier respect.

“Why?” must the Long Beachanites wonder, “Why are we only number 11 on the Trip Advisor list of fun cities to visit in Southern California?”

The Long Beachanarians feel they have everything to offer that any other real city does:  they have a beach, and when you look at it, it does look long. They have a world class aquarium that hasn’t had a child eaten by a shark in a really long time. They even have an actual Sports Arena, though from the outside it looks like some crazy Bill Graham produced, Grateful Dead inspired carousel.

They have a crowded downtown area with trendy places where you can get a drink made by a mixologist instead of a bartender (which adds $8 to the price). There are restaurants where you can eat on sidewalk patios while fending off actual real-life street beggars. Heck, they even have an historic bank building that was turned into a restaurant. That is so hip, right? All the cities are doing it.

Long Beach also has a thriving port that serves a famous old haunted ship – The Queen Mary – whose keel is encased in concrete, and a vintage Russian submarine entombed as well, like ancient mob victims of the sea.

If you visit, do not miss having a cocktail in the Queen Mary’s Observation Bar & Art Deco Lounge. It is fantastically vintage, classy as hell, and if you have enough drinks, you will see ghosts. And maybe even the on-board brig.

Many Long Beachanannigans are certain that had Father Junipero Serra stopped there, he would have embraced the city and placed a mission there “for sure, dude.”

And every Long Beachatonian will attest to their ability to close off all the downtown streets to host the running of the Long Beach Grand Prix.  What they fail to mention is that, to make up for the race cars blatantly violating posted speed limits, the rest of the year the city generates artificial traffic jams in its downtown area by placing stop lights every 100 feet that are on cycles that more aptly coincide with phases of the moon than the more timely 30 seconds ’till the next green . . .

So let’s show Long Beach some respect, before they start throwing hissy fits and threatening to buy an NFL team.  It’s the least we can do, and besides, it is kind of fun to listen to the Long Beacharamalamadingdongs praise their waterfront living while they conveniently position themselves to hide the oil refineries and shipping cranes from your view.

Any town with a Hooters AND a Bubba Gumps can’t be all bad, right?

This article first appeared on HumorOutcasts.com

My Tweets
Join 1,717 other subscribers