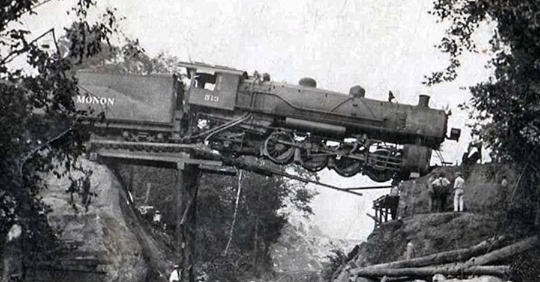 Well, it happened. We got driven into the ditch. This is the Great American Train Wreck.

A very real virus, one that scientists saw coming, has invaded our country, paralyzed our economy, threatened the lives of millions, and left America without toilet paper.

It is very easy to point to Trump and say he is to blame, because he is. His hatred of the black president who made fun of him at the Correspondents Dinner led him to eliminate the pandemic response team and cut funding to the CDC. This is a straight line.

Grocery store shelves across the U.S. have been stripped bare.

His inaction and belief in conspiracy theories led him to label a killer disease as a hoax, which in turn led millions to believe his claims that it was made up to make him look bad. These moronic steps led the federal government to not take the appropriate action at the appropriate time to minimize the effects of the virus.

But it actually happened long before that. Our nation, as a whole, has slowly but steadily lost the ability to think critically. Boomers know that when we were in school, the forefront of a teacher’s lesson plan was, “What do you think?” We were required to write essays and research papers backed by factual information that we gathered from multiple sources, and demonstrate how that led us to our conclusions.

Somewhere, a few administrations ago, we veered away from critical thinking, and careened towards test scores as the ultimate measure of an education. Teachers began teaching to the tests, and spent less time on analysis and discussion. Students naturally followed because, well, school, right? Standardized learning became the norm in lower education, to the detriment of our future.

Trump now claims he took the virus “very seriously” from the start even though he dismissed it and called coronavirus a “hoax” created by Democrats and what he calls “the fake news media.”

Following this came the rise of Fox “News.” This was a pivotal turning point in our culture. Prior to Fox, news stations could be counted on to bring us the actual news. The elimination of the Equal Time rule, the elimination of the Fairness Doctrine, and the addition of the Telecommunications Act of 1996 meant that corporations could own as many media outlets as they wanted, and the idea of fair and impartial news was destroyed.

Fox News thrived on reaching out to people who had stopped thinking critically, and fed them a constant diet of conspiracy theory “news” that, when repeated often enough, became ingrained in their audience’s thought process. Their audience accepted these views as fact, and acted accordingly. Fox no longer provided, as news outlets used to, equal time for opposing views, but rather used fear-mongering and hysteria to hook their audiences.

Combine that with the arrival of a narcissistic reality show host who lacks any empathy, who pathologically lies, who had bankrupted dozens of companies, assaulted women, engaged in blatant racism, and thrived on financial manipulation of loans and balance sheets to build an empire based on massive foreign debt— and who said the things that “ordinary” working white men wanted to hear— and you have the perfect storm.

Science fiction writers have been correct about most predictions since the genre was invented. We built flying machines, have gone to the moon, there are personal computers, and every plague/pandemic movie ever made starts with a nation’s leader ignoring the warnings of scientists.

Trump received these warnings, but he chose to “trust his gut” and continue to pander to the Fox News crowd, completely ignoring the advice, recommendations, urging, and eventual screams of the scientific community. He actually mocked them.

Writer and scientist Isaac Asimov once said, “There is a cult of ignorance in the United States, and there has always been. The strain of anti-intellectualism has been a constant thread winding its way through our political and cultural life, nurtured by the false notion that democracy means that ‘my ignorance is just as good as your knowledge.’”

But it is not.

In our current situation, ignorance will kill millions. This is not a conspiracy theory. The scientists are correct. This is the worst time in our history to have someone in charge who only cares about himself, obsesses about the stock market, is only concerned with his image, and is incapable of critical thinking.

Now is the time to listen to the experts. Stay home. Avoid crowds. Practice social distancing. Hunker down and ride this out. You can stay out of the bars for a couple months. That won’t kill you. The alternative may. Listen to them.

Then, when this crisis finally passes, and we have to pick up the shattered remains of our economy, rebuild what is left of our 401Ks, and reintroduce ourselves to our community, that will be the time to pick a leader who reads, listens, researches, cares more about the people that make up this nation instead of his own ratings, and who we can trust to lead us through the next emergency without scaring the living crap out of us and tanking the stock market.

Someone who can think critically.

Although this particular situation is unfamiliar to us because of the intensity and severity, we will do this because we are Americans. We rise to the occasion. Already states are taking the lead in enacting the proper protocols and procedures to try and halt the spread of the virus, because they consulted with, and took the advice of, the experts. We are doing this not because of our president, but in spite of him. Because it is how we will get through this.

In the meantime, if you hear of where to get any toilet paper… 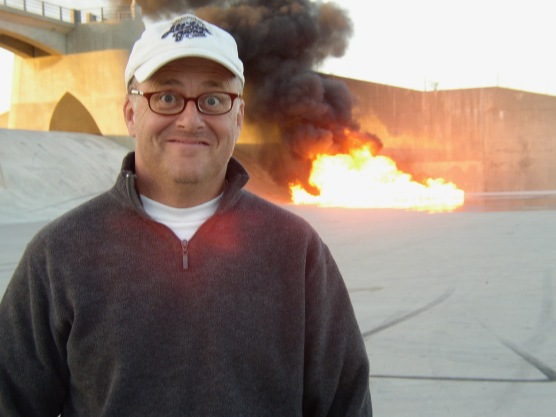 This article first appeared in BoomerCafe.