Who says California does not have a high-speed train? We are on one right now, hurtling at an unGodly speed towards the holidays.

Thanksgiving threw us for a loop by happening on the flippin’ 28th of November. WTF People-In-Charge-Of-Calendars? Thanksgiving weekend is supposed to be the start of the procrastination season, which leads into the “I have plenty of time” season, followed by the “I’m waiting to see if prices drop as we get closer to Christmas” season, followed by “OMG, I’m screwed” season.

Not this year. It’s all compressed. I strung Christmas lights in a mad frenzy while taking frequent breaks to frantically eat still warm turkey, and we threw the tree up in between shoving copious amounts of pie down our gaping maws.

This timing puts undo pressure on mere mortals. No one can effectively shop without the appropriate period of procrastination and denial. Now the first week of December is virtually in the books and it feels like finals are tomorrow, the rent is due today but my check doesn’t come until Friday, and steam is coming from under the hood and the temp gauge is on “H” but can I still make it to work?

Okay, I tried. I really did. But I can’t hold it in anymore. 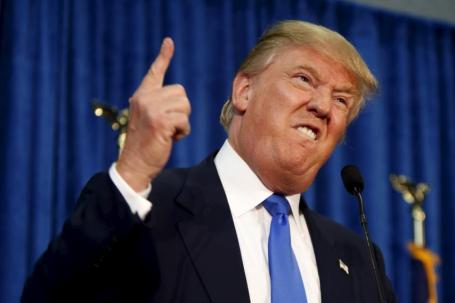 Seriously, I tried to write something else.

You have got to be kidding me. He goes to Europe for the NATO meetings, and immediately gets played by Macron with a parental behavioral tool reserved for 5 year olds: say the opposite of what you want and the toddler will do what you want. Trump has been ridiculing NATO, calling it obsolete, threatening to withdraw, and Macron turns him by accusing NATO of being “brain dead,” which makes the Idiot In Chief respond by issuing a full-throated statement in full support of NATO.

He makes all of the other world leaders wait for him, like a petulant, spoiled, entitled version of a diva. He drools out incoherent offensive statements to world leaders such as “would you like some nice ISIS fighters? I can give them to you,” to which a world leader of a sovereign nation that is our ally had to respond, “Let’s be serious.”

He has gotten so bad that Business Insider has a banner headline that says, “…No One Is Bothering To Take Him Seriously Anymore,” and the world knows who they mean. During his meetings, he made at least 21 false claims, forcing real world leaders to fact check him in real time, resulting in French President Macron correcting him – to his face.

This must stop. He must be removed.

All this plays out at the same time that the Impeachment Inquiry has moved into a much more serious phase, with the Democrats taking their case for impeachment to the House Judiciary one day after the release of their 300 page document outlining their very solid case against a very criminal Trump.

The GOP response to this today at the hearings? To yell loudly, pound desks, and ridicule very respected Constitutional scholars and legal experts, while trying every parliamentary procedure possible to stall, delay, interrupt and generally turn a very serious proceeding into a circus.

Their primary defense?  Not to say that Trump is innocent, or to dispute the facts, but rather to claim that it isn’t a crime if the bribe isn’t carried out. Thud. Drool. Any legal expert will tell you that the offer of the bribe is the crime.

Their secondary defense? And say this in a loud, yelly, whiny voice:  this isn’t about anything because the Democrats have been screaming for impeachment since 2017! Well, yes. His campaign benefited from a direct attack on our elections by the Russians, and then he began Obstructing Justice as soon as he took office. And all of this happening in broad daylight.

Pamela S. Karlan of Stanford Law School had the moment of the day when she took serious and very firm umbrage with Rep. Doug Collins’ pathetic earlier statement that the hearing was invalid because the professors wouldn’t have had time to read the material presented in the proceedings.

Ms. Karlan, my new superhero, said she would not have appeared if she weren’t prepared and accused him of insulting her:  “Mr. Collins, I would like to say to you, sir, that I read transcripts of every one of the witnesses who appeared in the live hearing because I would not speak about these things without reviewing the facts, so I’m insulted by the suggestion that as a law professor I don’t care about those facts.”

She then added, “Based on the evidentiary record before you, what has happened in the case before you is something that I do not think we have ever seen before:  a President who has doubled down on violating his oath to faithfully execute the laws and to protect and defend the Constitution.”

In other words, I read it, but it is clear you did not.

Vladimir Putin could not be happier. Christmas came early. He has been trying to bring about the downfall of American Democracy and NATO for decades, and now he must be bouncing with giddiness that the “president” of the actual United States is doing all of this for him.

Putin has an entire political party spouting and reciting the very conspiracy theories that he injected into our discourse, all of which have been repeatedly debunked: that Ukraine not Russia interfered in our elections, that Hillary’s email server is somewhere in Ukraine, that the U.S. Intelligence Community was conspiring to keep Trump from winning, baseless accusations against Biden and his son Hunter, the Mueller Report was part of a wide ranging, deep state plot against him, and the DNC hacked itself to frame Russia.

I am truly not a fan of this Russian-GOP version of America. I am old enough to remember Nixon and Watergate, and this is far worse. This is a brazen, corrupt criminal administration that doesn’t even attempt to hide its transgressions. Its crimes have been outlined in call summaries, have been corroborated by multiple credible witnesses, and have been admitted to on the White House lawn.

This must be stopped.

We will both succeed. Wonderful gifts will suddenly appear under the Christmas tree. Eggnog will be consumed, not by the sip but by the gallon. Cats will frolic in the discarded wrapping paper. Drunken relatives will burst out in peals of laughter. Giuliani and others will go to jail.

And the case against the most corrupt administration in United States history will be laid bare for all of the world to see.